Change denotes two things: the origin and the destination. You have the choice to keep your eyes on either side of the bridge as your feet lead the crossing, but you’re leaving somewhere to arrive somewhere else.

I’m moving out of Nashville to adventures ahead that include nearly three months in Costa Rica, volunteering at an animal sanctuary/tropical farm and a permaculture center, and a subsequent move to Pennsylvania. While the destinations are certainly exciting and full of beauty, possibility, and opportunity, my eyes have been fairly fixed on my origin as I’m crossing the bridge. I’ve been focused on the leaving.

There are a variety of reasons for my moving, reasons that I won’t delve into here, but suffice it to say, leaving Nashville isn’t an easy path. I’ve called Music City USA home for nearly six years. I’ve written many songs, recorded albums, formed important friendships, and become who I am in Tennessee. I’ve built a life here, and now that lumber will be transferred elsewhere to build again.

And it’s wonderful and exciting…but tough. Tough to tear away from what you know. Tough to dive into the unknown of the bright yet blinding and unknown future. Tough to say goodbye.

But, I’m okay with feeling the struggle. Even though my ego presses firmly against it, I believe it is good to feel the discomfort as the old skin sheds away to a renewed and invigorated self.

After all, the greatest growth comes through trial, courage, and faith. You have to learn, adapt, let go, give, give up, and grasp on to something new in order to blossom once again.

And it’s best to accept and embrace the ups and downs of the migration.

I’ve come to believe that distraction is often the enemy of progress. We’ve been given entertainments galore in our Western world, competing for our attention and keeping us occupied every chance they get. It’s not uncommon that they lure us away from facing the challenges and processing the difficulties that come our way.

And this isn’t growth. This is having the TV turned up too loud while life is knocking at your door. The significant next step is outside, but you’re too busy drowning out its call.

I write to you in the midst of the metamorphosis. Some days my eyes turn ahead and open wide at the beauty of life before me. But other times I look back with a sigh, or a heavy heart, at the present that’s fading into the past.

And it’s tough to say goodbye.

But it’s wonderful to say hello.  And I’ll be doing that soon.

But for now, feeling the goodbye a bit longer is okay. 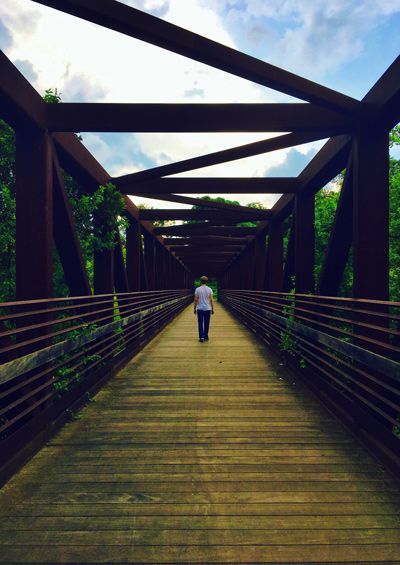 It's tough to say goodbye. Photo by Katie Brennan