The Beauty of Boredom

Back in the day, when my biggest responsibility was being a kid, I remember I used to say quite often, “I’m bored!”

(Although, I would actually say it more like, “I’m boooooored!”)

To this, my mom would reply, “I wish I was bored!”

Here I was, a kid with time, imagination, a backyard, and toys, and all the freedom in the world, and yet somehow I complained about the open canvas with which to paint my day.

And, have I changed?

I think boredom is a beautiful thing.

Boredom is a bridge that we as individuals crucially need. Without the empty space for our brains to bounce around their electrical signals, without the meandering here and there of our imaginations, without the walls that we have to bump against as we stumble about, how would we ever have breakthroughs?

Or, put differently, if you’re always walking in one direction, head down, committed to never being off task, you’ll never know if you’re just trodding about in a circle, and you might miss the more adventurous and enriching path.

Harold Hill, the traveling salesman from the musical “The Music Man”, says, “The idle brain is the devil’s playground.” To me, the idle brain is the artist’s and scientist’s doorway. A brain left to roam is allowed to tap into something more bigger and beautiful, be it a timeless melody or a law of physics.

We as a society loathe boredom. Distraction is the number one pastime and product. We have such discomfort from not having something to do, not having some form of productivity in which we’re involved, that boredom is both feared and jeered. We avoid it and look down on it.

Once upon a time, boredom was enough. In fact, in the history of the universe, “being bored” is relatively new. It used to just be known as “living” or “existing”.

Now, it seems, existing isn’t enough. We have to be busy, climbing, excelling, growing, producing, earning.

What about just “being”?

As Blaise Pascal put it, “All of humanity’s problems stem from man’s inability to sit quietly in a room alone.”

(By the way, before you put the blame for all of this on the smartphone, Pascal lived in the 17th century, so this problem has been around for a long time. Although, I do think smartphones have played their role in this erosion.)

Now, I can say all day that boredom is beautiful, and I can think and believe it too, but do I live it?

Sometimes I can simply be in the wonder of it all, letting my brain do its thing while I float through without a to-do list. But, other times I’m just looking for the next thing to accomplish, ruminating about my next tasks, or occupying my mind with whatever distraction I can find. 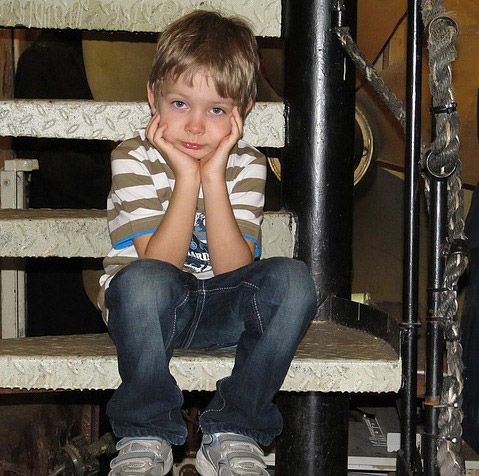