You Are What You Eat

I once heard an interview with living legend slide guitarist Derek Trucks (seriously, he’s relatively young, but this cat’s guitar work will ripple out for years to come) where he spoke about how careful he is with what he listens to. He wanted to take in particular music through his ear canals, music that would have a beneficial effect on him. He has a vision for the music he makes, and wants to contribute to, and not subtract from or taint, that vision via the art he absorbs.

We’ve all heard the true cliché “you are what you eat”. But, as Derek alluded to, you are also the art you surround yourself with.

If you grow up seeing only Van Gogh’s works and venture into painting, there’s a decent chance your pieces will emulate those of ole Vincent. If you pick up the guitar and listen to predominantly B.B. King, guess what? I’m bettin’ you’ll be a blues man.

It behooves us to be liberal at first with the art we take in, and then prudent after finding that with which we resonate the most.

Dive into the centuries of the masters, see what elements from Da Vinci you can gleam, how Dali inspires your eye, how Michelangelo stirs your core, how Picasso challenges your perspective. Explore about, and see that your own style emerges from the mixture you’ve magnetized.

Listen to the jazz greats, the folk protesters, the rock rebels, the crooners, and the composers, and see what floats to the surface. Write a song and hear the sound you gravitate towards.

Of course, you’re never bound to what you create in one instance. But, I’d venture to say, you will develop a style, a signature, which, of course, is still malleable, but it’s you.

Then, the principles of “you are what you eat” become your diet. Make sure you take in art that aligns with what you want to put out into the world. If you’ve decided you want to sound more like James Taylor and less like the Beastie Boys, you should weigh your diet accordingly. If you want to infuse your forthcoming album with a bluegrass vibe, dig into a couple of Allison Krauss’s records.

You have a wonderful tool at your disposal, harnessing the power of inspiration and influence to fine tune your artistic endeavor.

Now, this idea, of course, extends beyond artistic style and, more importantly, into message. Here, it’s even more significant to choose your diet discerningly. You want to take in the positive, the inspiring, the comforting, the beautiful, the honest, in order to well up and pour out that goodness.

I once heard an interview with singer/songwriter and pop star Jason Mraz where he spoke of his guest appearance on “Sesame Street”. It was here he had a shift in his approach; he realized he was singing to children, those with developing minds and hearts sensitive to what crosses their paths. He became ever-cognizant of what he puts out into the world, knowing that he is ultimately serving food that has an impact on the listener. He now chooses for that impact to be a positive one.

As artists, we have an incredible opportunity, and responsibility, to be healthy and artistically enriching consumers and producers. And it’s never too late to get in shape.

For more articles by Matt Bednarsky please search our site. 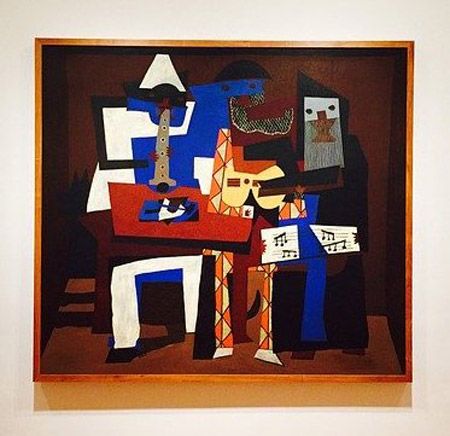