Dance lives in my home. It has since I was little. I come from a legacy of dancers...not trained performers, but humans compelled to move to music. I’ve always known it was a powerful form of expression, but wanted to explore what the literature had to say on the topic. I was blown away and had to share. If you’ve needed an excuse to dance or have a curiosity about the whys and hows...here you go! 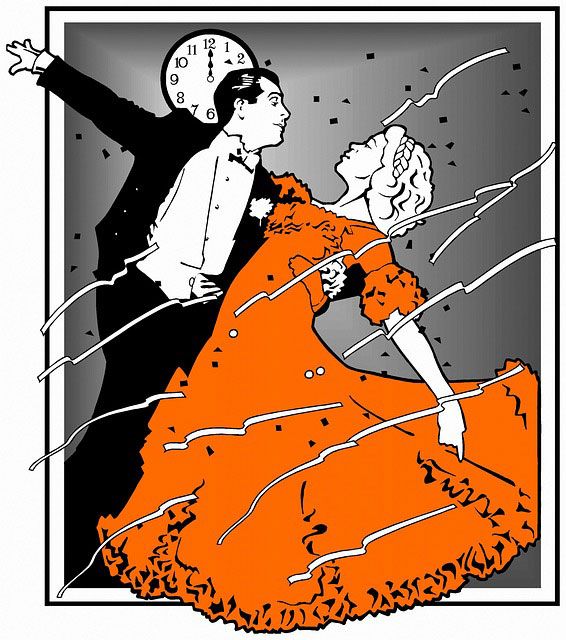 It’s an evolutionary perk – Did you know that chimpanzees, our closest genetic cousins, don’t dance? Neither do cats or dogs. Do you know who can dance? Snowball, a sulphur-crested cockatoo. When this video was spotted, it sparked a wave of research into the evolutionary reason and value of dance. It is thought that dance may be an evolutionary accident apparent only in vocal learners (humans, dolphins, songbirds) who need to tune into beat and rhythm in order to mimic complex vocalizations and learn to communicate with sound.

It may provide a protective buffer against Parkinson’s disease – The basal ganglia is a deep brain structure involved in motor control. In humans, it happens to be strongly integrated to the auditory cortex which processes sound. Researchers theorize that the basal ganglia becomes stronger and more neurologically integrated with the auditory cortex when people listen to rhythmic music. Research on the use of dance as a therapeutic intervention has demonstrated improvements to balance and gait in individuals with Parkinson’s Disease.

It helps us pick a mate – Dance is a universal human experience. From cultural folk dances to dancing in nightclubs, humans continue to use cues from dance to select a sexual partner and mate. Even when beauty and body type were rendered “invisible” by research that transferred human dance movements into stick figures, observers had a preferential attraction to good dancers! Specifically, observers were attracted to symmetry of dancers whose movements were perceived as smooth and designed for efficiency which, from an evolutionary perspective, would be associated with survival.

It helps us keep a mate – Among swans, dance is not only a courtship ritual, but also a typical behavior among coupled pairs meant to keep interlopers at bay. Among humans, dancing couples are perceived to be highly bonded by observers. As our “most intimate and involving form of communication”, dance allows couples to convey messages about their level of intimacy not only to observers, but also to each other.

It fosters a sense of group affiliation – Moving with others in unison is a concept known as synchrony. It’s seen in varying manifestations including army troops marching, monks engaged in group Tai Chi, and folk dances of ancient civilizations. It is a way to blur the boundary between self and others. Dancing in sync with others, as a form of synchrony, enhances one’s sense of belonging to that group. The evolutionary value of cultural folk dances is theorized to demonstrate and enhance capacity for community cooperation.

It is an avenue through with others can regulate our emotions – This point really conveys how powerfully our evolutionary ties have connected us to others. When watching a dance performance, we’ve all probably had the experience of having an emotional response. Research has demonstrated that humans have an innate capacity to not only read, but also feel emotions conveyed in dance performances. The neurological underpinning of this has its roots in mirror neurons which allow neural circuits of a dance performer to be recreated or mimicked in the neural circuitry of the observer.

Taking this a step further, synchronizing one’s movements through dance with others can create an opportunity for their positive feelings to rub off on us. If you’ve ever participated in a group movement activity (Zumba, group Tai Chi or yoga, rowing), perhaps you’ve sensed this. There is something powerful that happens when moving in unison with a larger group. According to Siegel and Bryson, when one person is emotionally dysregulated, the brain has the capacity to sync in with the brain of another person to bring our own brain into balance. This can occur with an activity as simple as bouncing a ball in sync with another or mirroring the dance moves of another.

It makes us happy – We feel good when we dance. This knowledge is not only inherent, but well-supported in psychological research. Even when dancing alone, it is associated with positive mood states and even decreases in depression and anxiety. Research has even pinned down neurochemical correlates to dance. According to findings, dance improves psychological distress and levels of depression by stabilizing the sympathetic nervous system and modulating levels of serotonin and dopamine.